The Journey so far;

My daughter started going to a Montessori school in the Infant/Toddler class (with parents) when she was approx 21 months of age. At this time, we had just moved from Adelaide to Brisbane and I was also 6 months pregnant. We are originally from Brisbane but moved to Adelaide for a while for my husband’s work. Prior to  my daughter turning 21 months, I had a prepared Montessori inspired environment and materials set up at home.

In preparation to starting the infant/toddler class when we got to Brisbane, we toured the entire school, met some of the staff and went to a couple of talks at the school to better prepare us.

Either my husband or I took our daughter to the Infant/toddler Montessori class once a week, usually on a weekend and did so until she was of an age and stage or readiness that usually signals they are due to transfer to the Children’s House (3-6 years). This did not happen due to many reasons, some beyond our control including there was the strong possibility at the time that we would be moving to the U.S. So, our school was wonderful and allowed my daughter to keep attending that class for a couple more terms for consistency and to keep her connected to the school.

In preparation for her transition to her new classroom, I spent some time doing an ‘observation’ of the classroom that she will be joining, we all including my daughter had an interview with the school’s principle and now my daughter will meet her new director in early Feb. The idea is for her to start a bit later in her new classroom than the other children who have been attending that class for some time to allow them time to settle back in first.  My husband and I have already previously met her director on a parent information night early last year.

Once the school term commences though this year, my daughter’s former director of the infant/toddler class has asked me to bring her a couple more times to her former class, for familiarity and so she can walk my daughter over to her knew classroom for a quick visit whilst the class is running to see the room with the other children in it and see if she would like to try one of the shelf materials. This will be a great help as there has been a big gap between last school term last year and first term this year.

I believe when my daughter officially starts in her new classroom she will stay for one hour each day whilst I wait in the parents room. Eventually the one hour turns into the three hour work period each day when she is ready. It depends on the child.

This is the journey so far, but I will keep you posted on what happens after she meets her director for the first time, what we are doing in preparation for the first day in regards to what we need to take and the schools guidelines and how her transition weeks (usually two weeks) goes.

Am I anxious about it all? Yes, I have some feelings of separation anxiety, sense of loss and guilt, all the normal feelings I guess? but I can see how excited my daughter is to start ‘big girl school’ as she calls it, she knows the school well and has always loved going, so hopefully it will be a positive experience for all of us. I am excited for her.

We are currently reading Jack Goes to Montessori School together which has helped. 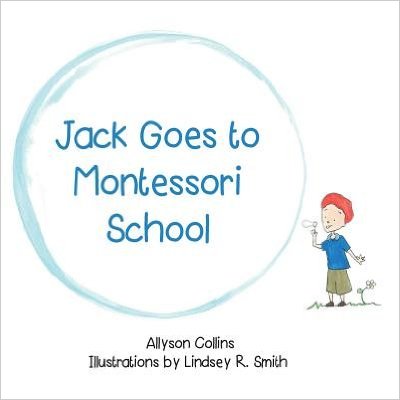 What about my youngest child? He just turned two years of age and attends the same school in the infant/toddler class with my daughter’s former director once a week. He started attending class in the infant room from approx 4 weeks of age. He is now in the toddler section of the classroom (there is two rooms that join).