We are now at the tail end of the first week of school for the term and my six year old had a great first week in her new Cycle 2 classroom at her Montessori school. On the first day of school, she was so excited and very keen to walk to her classroom on her own. She was happy for me to stand back and watch on. With a hug, a kiss and a wave, off she went. The rest of this week has continued to be an exciting one for her. My 4 year old had a few nerves going back to school, especially on the first day, but has still enjoyed the week.

Just to recap as I didn’t end up writing that much about our school holidays as I really wanted to just focus on enjoying that time with my children. I did however post some photos on my Instagram account over that time. We had a few days where we caught up with friends and family, went bike riding and swimming a lot, stayed home and watched a couple of movies and played board games, went for afternoon walks or played soccer together, did a bit of cooking, baking and yoga, re-potted some plants at our house and helped out in Grandma’s garden one afternoon, went to the botanical gardens for an early morning nature walk and a picnic morning tea and visited a Vegan cafe for some smoothies and vegan ice cream. There actually was a whole lot of time to just do pretty much nothing- just relax and have some time out. The days we did go out, I capped it at a couple of hours, so we always had the afternoons free.

Anyways, I mentioned a while back that my daughter and I both wanted to learn French. Personally, I have been using the free mobile phone app DuoLingo for several months now and I was then passing on some of that knowledge on to my daughter as she was interested to see what I had learnt. I asked her if she wanted to learn French with me or try another language. I knew she was also interested in learning Spanish and AUSLAN (Australian Sign Language) at one point.

DuoLingo– on this free app you start with learning the basics and some phrases, then move on to topics such as food, animals, adjectives, plurals, clothing, colours, numbers, family etc. I am not aware of any children’s free language learning apps? I am not really keen on too much screen time anyways. Considering my daughter will be learning French at school, I will leave it up to her as to what she wants to learn and how she wants to learn it at home. We do own a children’s music CD that happens to play some popular kids French songs, so we have listed to that a few times in the car on the way to school.

My daughter has had two French lessons at school so far and she learnt a French song and some new words including names of animals. Some of the words she learnt at school are part of our French flash cards for beginners that we have at home. These cards include colours, numbers (1-10), some animal names and some other basic words. Any new words my daughter has learnt at school, she has been asking me to write down for her and add them to our flashcards so she can look back at them at a later stage. I write the word down and she draws the picture. 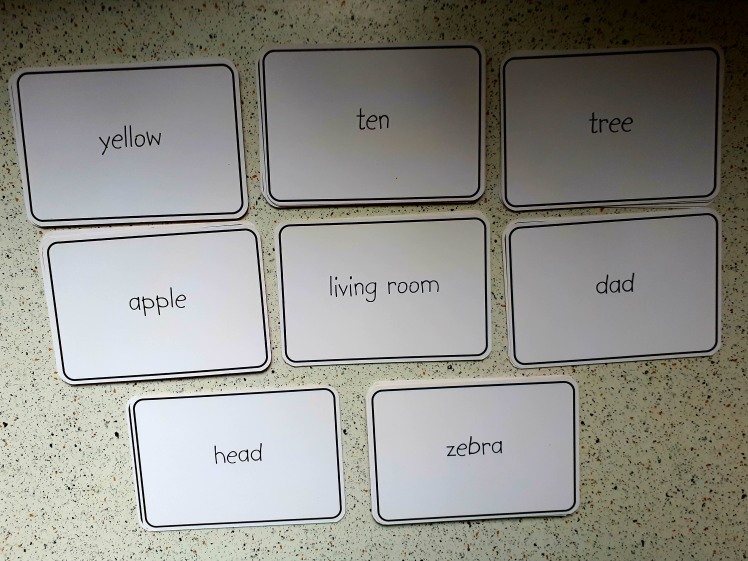 Have you learnt this language? Any suggestions or tips?